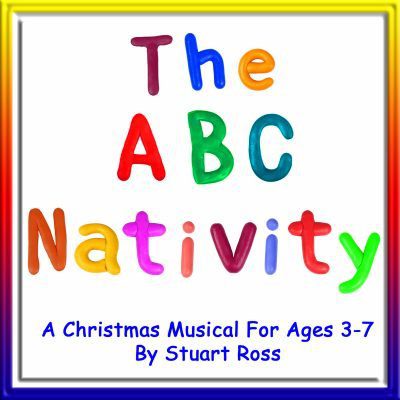 Continuing our monthly series, focusing on the products at the top of our all time best sellers list, this month we look at our highly original alphabet nativity play: ‘The ABC Nativity’!

In September we looked at our Number 1 best seller ‘Our First Nativity‘. Then in October we looked at ‘C-H-R… Spells Christmas‘, both the Infant and Junior versions, which are at numbers 2 and 3 in our list. This month we’re going to revisit our original alphabet nativity play and our all time number 4 best seller, ‘The ABC Nativity‘.

Following on from Learn2soar’s early success with C-H-R… Spells Christmas, which told the Nativity story using the nine letters to spell the word Christmas, the writer Stuart Ross wanted to take the idea a step further and create a full alphabet nativity play, using every letter of the alphabet to tell the biblical story of the birth of Jesus.

After a few years planning, 2007 saw the release of ‘The ABC Nativity’. It was an instant hit, selling hundreds of copies in just the first few days. It was advertised as being suitable for ages 3-7, but over the years we’ve seen it successfully used by all ages from 2-11. A later alphabet nativity version for older children was released through 2013’s ‘Christmas Play in One Day‘. But ‘The ABC Nativity’ still remains the most popular alphabet nativity play around.

Following the tried and trusted formula of Learn2soar’s other successful Early Years nativities, the eight songs featured in ‘The ABC Nativity’ are based on familiar tunes. The script is ingenious, not just with its alphabet nativity content, but also with its clever rhymes, making the entire musical very easy to learn and perform.

What do customers say?

Here are some of the wonderful words of encouragement that customers have given us about ‘The ABC Nativity’:

“I purchased this download yesterday. Even though I live on the other side of the world from you, I must praise you for the fact that the purchase and download experience was incredibly simple and lightning quick. The whole package is very impressive. The superbly constructed editable scripts, the power point scenery (what a clever idea), the power point lyrics and all the other added extras will definitely make my life so much easier over the next few months!”
by R Grace

“Over the years we’ve used almost all the Learn2soar nativity plays, but The Abc Nativity remains one that we’ve gone back to several times over. It’s so easy to use that it’s an absolute joy to learn it and perform it. It always gets great feedback too. Thank you for producing such fantastic festive material which makes our jobs so easy at this time of year.”
by Joanne Ross

“We did the ABC Nativity with all our Primary 1 classes. The songs were all to tunes of rhymes the children already recognised and they performed them really well. All 84 children had a part to play. The audience was certainly appreciative and put us in the right mood for Christmas. Well done.”
by E Anderson

“We really loved this musical. We’ll be using Learn2soar a lot more from now on! Thank you very much.”
by L Chaundy

“We’ve just completed our performances of this musical – with about 90 children aged 5 – 7. It has been a great success. Simple to learn and easy to stage. It has been a hassle free production and all staff still have hair and sanity intact! All the children had something to do, narrate, act, speak or hold up letters of the alphabet. So there was something suitable for all talents!”
by A Barber

You can download ‘The ABC Nativity’ for as little as £19.99. It contains vocal tracks, backing tracks and editable scripts. It also includes PowerPoints, song sheets, sheet music, ideas and more. And it all comes on one special CD or instant download.