‘What A Star’ is a groundbreaking nativity play designed to boost your children’s self-image. This blog looks at how and why it was made.

Early in 2013 I had an idea for a new nativity play for young children. The premise was simple: a little star who wasn’t very good at shining would be chosen by God to become the brightest star of all, shining over Bethlehem, guiding the wise men to visit the newborn baby Jesus. 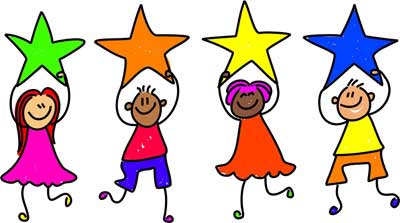 I suggested the idea to my teenage daughter, who ran with it. Within a few days she had enterprisingly produced the first draft of what would become: ‘What A Star!’ A nativity play for ages 3-7. In her script, my daughter had introduced the idea of the star going to ‘star-school’, but being the worst in the class at everything, getting teased by other ‘bigger, better stars’ and feeling unhappy at being so small and shy. By the end of the play of course, Leo the little star becomes the biggest, brightest, most important star of all, as he shines over Bethlehem’s stable.

All good and well, but what surprised me most was that my daughter had chosen to give this star a name… Leo! Having written dozens of nativity plays over the years, my first instinct was to change the name or remove it altogether. But then I thought about the significance of this tiny name…

Straight away, I should state that I never read horoscopes, or take any interest in star signs or the zodiac, but I do know that because my birthday is in late July, my star sign is ‘Leo’. Therefore, as I read the first draft of the script, I immediately felt a connection to this little star, who didn’t feel as good as all the larger, older stars in his class.

I remember from  quite early on in my own education, being acutely aware of the fact that I wasn’t the biggest or the cleverest in class. Outside of school, when I played soccer on the street with younger children, I felt I was fantastic, but in school when playing with my classmates, I was always last to be picked and was often made to feel inferior. As for my learning, I worked hard in school and always strived to be the best, but no matter how much I tried, I never could seem to catch up with the top table.

It wasn’t until I began teacher training myself that it suddenly clicked, that it wasn’t just me, but that every child born between June and August in the UK was at an educational disadvantage. Those extra few months head start in life, for children born between September and May, really does make a difference.

A few years ago, Cambridge Exam Board carried out research into this phenomenon and concluded that ‘summer babies’ appeared to be “strongly disadvantaged” and that “evidence of this age-related gap stared out of qualifications data.” https://www.bbc.co.uk/news/education-23435439

Numerous other examples exist of compelling research into the reality and negative effect of the June to August birth bias, but my favourite has to be a football related study from June 2009. It showed that out of the twenty-five most capped England footballers of all time, all but one had been born between September and May, with eleven being born between September and November. Only one England player, Frank Lampard, was born between June and August. In his case, having a famous England footballer for a dad certainly helped overcome the disadvantage. https://news.bbc.co.uk/1/hi/8227268.stm

So the ‘summer baby syndrome’ clearly exists. Teachers of course, use their professional skills and knowledge to provide differentiated opportunities for each pupil, regardless of the date of their birthday. But sadly, the exam system in our country is not so kind, taking little regard for the month of birth of each child. It seems so wrong therefore, that our school system, while being great in many ways, apparently discriminates against a quarter of the population.

That is why, as I edited the final draft of ‘What A Star!’ I left the character of Leo exactly as he was. It’s not that Leo is worse than any other star to begin with, it’s just that Leo… is a ‘Leo’!

At the end of the ‘What A Star’ nativity play, everyone sings a song which goes like this:

Until we get an education system that doesn’t discriminate against summer babies, children born in June, July or August, can still shine in so many ways, if we let them.

I had this thought in mind as I finished editing the final draft of ‘What A Star’, endeavouring to make sure that the play would help to enhance a child’s positive self-image, so that as the cast performed the show, each child would shine like the stars they are, regardless of whatever background they’ve come from.

Find out more about ‘What A Star’ by Corinne & Stuart Ross, by clicking here.